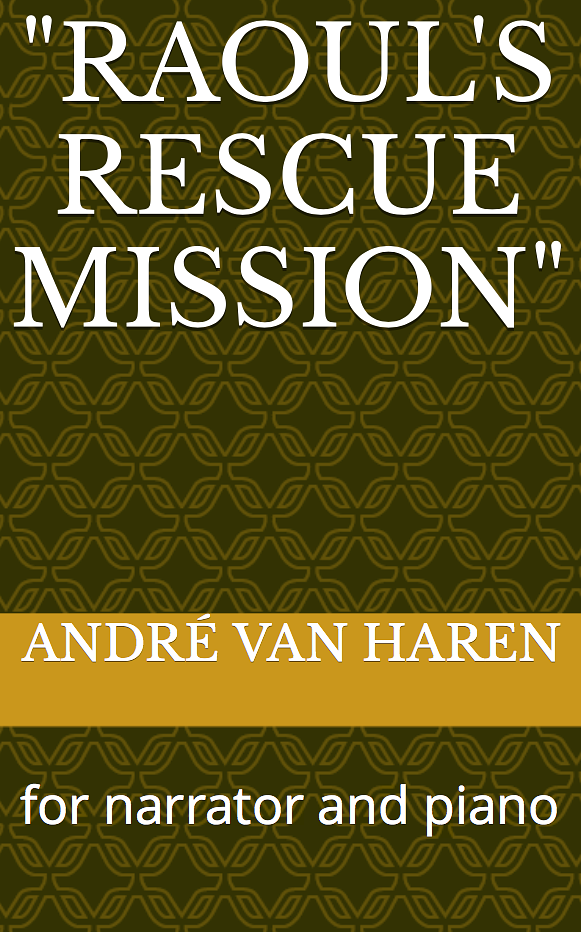 Follow little mouse Raoul on his adventure in which he's trying to save his baby sister from one of the most dangerous cats of the neighborhood.

"Raoul's Rescue mission" is a work for narrator and piano, based on my children book with the same title.

To hear a recording of this work, please visit:

The speaker in the recording is Richard Schletty who did a wonderful job! For more information about Richard, visit his webpage at www.schlettysound.com

All the music in the score is developed from the score’s intro and the intro itself has been taken from the slow movement of my first piano sonata which, in its turn, was dedicated to the person for whom the children-book was written for in the first place (yes, I know… it’s complicated…).

For example, a single fragment (also called a motive) could have being used to develop a completely new melody for one of the characters or serve as accompaniment of a melody or to set the mood of a scene. This means that all the different character melodies are related to each other. Now… isn’t that one happy family!

The characters in the story are:

Raoul (the hero, a little mouse)

TomCat (the enemy, a large cat

See it in your library

View in Library
Sorry, this item is not available in your location.
Sold out, please go back and pick another option.

Your purchase was successful!

We charged your card and sent you a receipt

Good news! Since you already have a Gumroad account, it's also been added to your library.